There is a license error on this site:
License has expired
The Web site remains functional, but this message will be displayed until the license error has been corrected.

To correct this error:If you do not have a license file, please request one from EPiServer License Center.
Life expectancy at age 30 by educational attainement 2000-2021 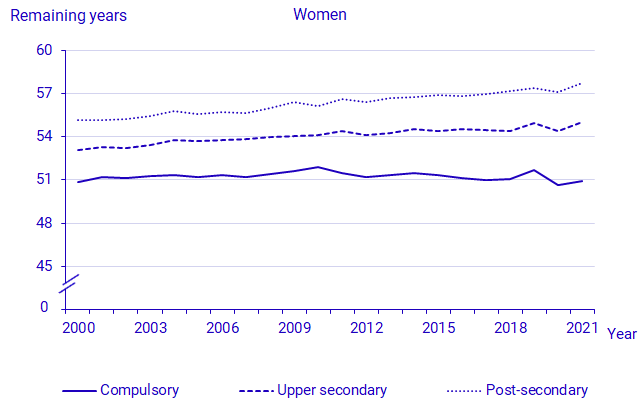 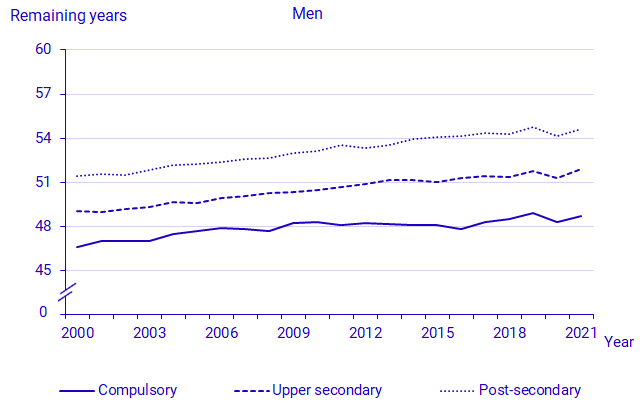 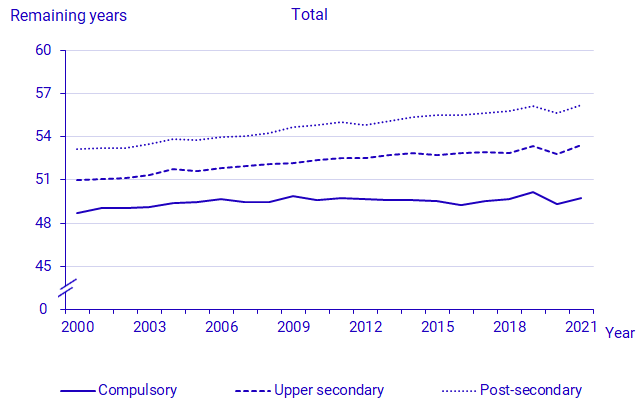 The calculation on remaining life expectancy by level of education only includes persons born in Sweden. Data on level of education is often not available for foreign born persons, which is why they have been excluded from this statistic in the graphs. The calculation of life expectancy is smoothed for death risks in the highest ages, 90 years and older, for 2000–2009, and 99 years and older for 2010–2011. The smoothing in 2000–2011 means that all groups of education are allotted the same death risk as women and men born in Sweden in total in the country as from the various high ages. The reason for this smoothing is that the level of education is not available for anyone born in Sweden before 1911. As from 2012, the same calculation is used as in the official statistics for women and men in total in Sweden.

More about the results

Read about Official Statistics of Sweden

Do you have questions about our statistics?